HANOI Investors assess that the extended operation of Le Quang Dao road will increase the potential for real estate price increases in the west of Hanoi.

As an important trade gateway of the capital Hanoi, the infrastructure of the western region is changing day by day by the arterial roads such as Ring 4, Thang Long Boulevard, and Le Quang Dao. Long, To Huu - Le Van Luong, Ring 3 - Khuat Duy Tien, Nguyen Trai...

According to many experts, the investment in transport infrastructure with trillions of dong is a testament to the strong shift, leading to the continuous growth of the regional real estate market. 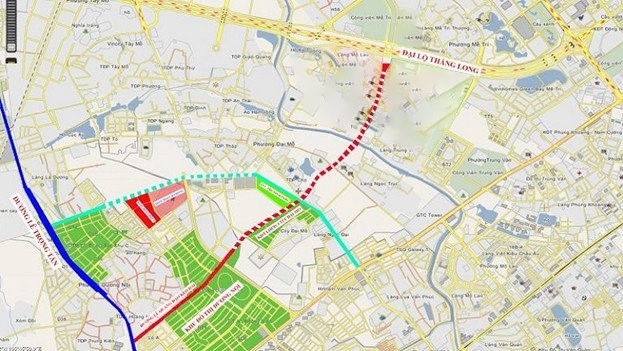 The planning map of the extended Le Quang Dao street.

After this route is completed, the My Dinh and Ha Dong routes will be connected. At this time, the movement of people will become easier and more convenient than ever.

Currently, it takes 10 minutes to travel from Duong Noi Urban Area to National Convention Center by Le Trong Tan route connecting Thang Long Boulevard, then in the future when the extended Le Quang Dao route will be available for circulation. will shorten to only 5 minutes. Similarly, with that same 5 minutes, residents of Duong Noi urban area can quickly move to neighboring districts such as My Dinh, Nam Tu Liem, Cau Giay...

The 2.5km connection of Le Quang Dao route extending from Thang Long Boulevard, Nam Tu Liem district to Ngo Thi Nham Ha Dong street is expected to be implemented in the period from 2021-2023. 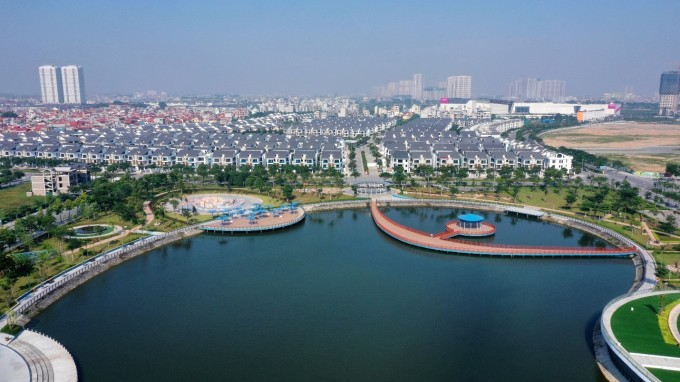 The extended circulation of Le Quang Dao route not only helps to connect the surrounding areas with the old center of Hanoi city easily, relieves congestion for the current Le Van Luong - To Huu road, but also helps the urban Duong Noi town will become a center connecting residents in the areas of Ha Dong, Hoai Duc, Thanh Xuan, My Dinh, Cau Giay...

Recent research results from CBRE Vietnam show that, although the Hanoi housing market still suffered some negative effects from the Covid-19 outbreaks in the first half of this year, the growth of open supply New sales show the recovery of sales activity and the adaptability of both developers and homebuyers. In terms of location, the West and the East of Hanoi led the market with an equal proportion, together accounting for 39% of new units launched in the first half of the year.

According to Tan Kien trading floor, currently, the price of villa and adjacent land in new urban areas in My Dinh and Ha Dong areas is from 140 to 180 million/m2, apartments range from 30-45 million/m2, the average price of land on Le Quang Dao street is 125 million/m2. From these factors, it can be seen that the price of land as well as the price of apartments around Le Quang Dao street will also have the same price as above and tend to continue to increase strongly, bringing an optimistic outlook. for investors.

Duong Noi urban area with a scale of 197 hectares is dedicated to creating a new standard of living for thousands of modern families in a green, peaceful and sustainable urban environment.

Do Thu Hang, Senior Director of Consulting Department of Savills Hanoi said: "Real estate in the west of Hanoi is hot again when the regional infrastructure is getting more and more complete and many new projects are implemented. , the old project has been restarted, this has solved the problem of improving living conditions and quality of social infrastructure to serve residents. Therefore, investors and customers who buy to stay have confidence. more and continue to participate in the market".