Implementing the "cash is king" strategy, many listed companies have "collected" hundreds of billions waiting for opportunities

Businesses are "collecting money" from the sale of treasury shares, divestment in investments and issuing shares...
One expert said, "If you consider a business as a body, then cash is like the blood that feeds that body". The amount of money available at the business always carries a certain meaning at certain times, especially at sensitive times of the market, of the business. Cash is King is always the leading principle, cash flow is always the blood vessel in the business body.

For example, at a difficult time due to the Covid-19 epidemic spreading everywhere, a unit decided to find a partner to transfer a large plot of land with clear legality, waiting for money to carry out the project. to deal with immediate financial problems. Immediately a series of other partners embarked on research and negotiation. Company A promises to pay in 1-2 years, company B promises to pay 50% and the remaining 50% after completing the project... And company C makes a request for a discount. 10% discount, pay immediately – company C has cash available. It is true that Cash is King – Company C will be the first priority to buy the above land at a cheap price. 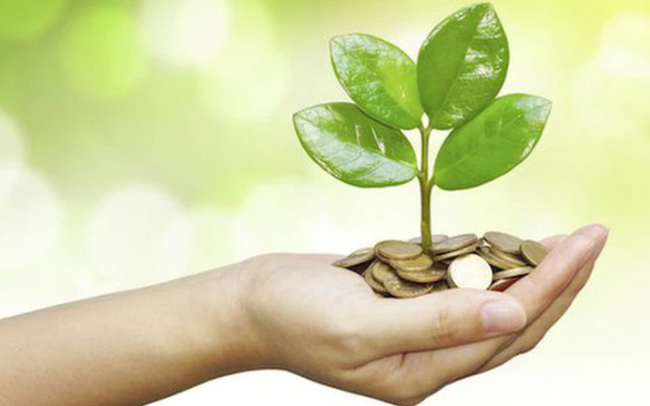 Currently, when the Covid-19 epidemic is gradually being controlled, it is also the time when businesses are ready to face new challenges and opportunities. Therefore, preparing a stable and abundant cash flow is also a way for businesses to seize the fastest opportunities.

Enterprises on the stock exchange are also constantly making cash-raising moves, such as selling long-held treasury shares, or divesting capital from profit-taking investments. The business chooses to issue shares to raise new money...

The biggest gain from the sale of treasury shares is Vinhomes (VHM) - the enterprise has just sold all 60 million treasury shares, earning VND 6,500 billion. Compared to the amount of money spent since 2019 when the company bought it, it has temporarily "taken profit" of about VND 1,000 billion, not to mention the significant addition of cash for the business.

Consolidated financial statements of the second quarter of 2021, as of June 30, 2021, total cash and cash equivalents of Vinhomes reached more than VND 8,400 billion, of which cash equivalents of more than VND 6,000 billion are period deposits. term from 1 month to 3 months at the bank and investment in corporate bonds. The company also has more than 5,000 billion VND as a term deposit from 3 months to 12 months at the bank.

Currently, Khang Dien recorded in the consolidated financial statements for the first 6 months of 2021, there are more than 1,800 billion VND in cash and cash equivalents, of which more than 1,000 billion VND in cash equivalents are deposits at banks. The company also has a total inventory value of more than VND 7,300 billion which is unfinished construction real estate, mainly the value of the land fund that has been compensated, the cost of ground leveling, construction costs, expenses. interest, capitalization and other development costs for ongoing real estate projects.

In July 2021, Sacombank (STB) also sold all more than 81.5 million treasury shares with the average selling price of 29,899 VND/share, earning more than 2,400 billion VND. The purpose of the bank is to comply with the restructuring project of Sacombank after the merger approved by the SBV and at the same time to increase its own capital and supplement the bank's business capital.

These treasury shares were bought by Sacombank nearly ten years ago. The value recorded in the consolidated financial statements of the second quarter of 2021 is more than 750 billion dong, equivalent to a difference of about 1,650 billion dong.

VnDirect not only put treasury shares for sale, but before the end of August 2021, it sold 3 million C4G shares of Cienco4 Group, no longer a major shareholder. Total revenue is more than 30 billion VND.

Issuing shares to increase charter capital is also a way for businesses to raise money. A book company – Hanoi Book and School Equipment JSC (Habook – stock code HAB) will issue 10 million shares and offer to existing shareholders to increase its charter capital to 6 times the current one. The offering price is 75,000 VND/share, expected to mobilize 750 billion VND. The list of shareholders will be closed on October 12 here.

Licogi 16 (LCG) approved the plan to issue 50 million shares to existing shareholders at the price of 10,000 VND/share, expected to mobilize 500 billion VND.

Can Tho Agriculture (TSC) is implementing a plan to offer 49 million shares to existing shareholders at a ratio of 3.1. The money raised will be used to raise capital for its subsidiary - FIT Consumer JSC - 160 billion dong and more than 332 billion dong to supplement working capital for business activities.

The timely mobilization and use of money in the context of opportunities arising after Covid-19 is also in the enterprise's expectation.

Habook said that the money raised from the issuance will be used for real estate projects. Details will use more than 220 billion VND to invest in the development of the project at 45B Ly Thuong Kiet, Hanoi - this is a land area with an area of ​​​​over 1,000m2, currently located the company's headquarters. In addition, VND 478 billion will be used for investment and development of the project at No. 2 Cua Bac and the remaining VND 51 billion to supplement working capital and invest in development and expansion of production and business activities. Habook is also not an "anonymous" book business. T&T Group of elected Hien owns 28.55% of the capital and Mr. Do Vinh Quang, the youngest son of Mr. Hien is the Chairman of the Board of Directors of this company.

Meanwhile, Indochina Import-Export (DDG) said that the money raised from the offering will be used to invest in buying machinery and equipment, expanding factories, buying ownership of companies in the same industry and supplementing working capital for the company. The company. DDG currently operates in the main business of renewable energy, waste treatment, wholesale of combustion materials, mechanical production, other installation equipment...

Thanglong Invest said that the proceeds from the offering will be used to invest in the Vuon King resort and eco-villa project (more than 219 billion dong) and nearly 81 billion dong to supplement working capital.

People often say "Cash is King - Cash is King". From our observations, it seems that many listed companies have been implementing the strategy of collecting cash to wait and look for new business opportunities. This is a point that investors need to observe carefully to choose the right stocks for their portfolio in the coming time.