In the third quarter, in the midst of the fourth epidemic, industrial parks stopped production, causing investment attraction to this area to be delayed.

JLL's Southern Industrial Real Estate Market Report said that in the months of July, August and September, the fourth epidemic had a heavy impact on attracting investment in industrial zones due to many provinces and cities. prolonged blockade. Operating industrial parks must also reduce output or stop production to serve the fight against the epidemic. The market was frozen when there was no notable transaction in both industrial land lease and ready-built factory.

The price of industrial land slowed down, remained at $114 per m2 according to the lease term, while the price of ready-built factory for lease remained flat, anchored at $4.50 per m2 during the months of the blockade. against disease.

The number of newly registered FDI projects in industrial parks recorded a decreasing trend, and the market also recorded that some manufacturing enterprises had to shift orders from Vietnam to cope with the situation. However, the order movement is only temporary and no FDI enterprises have left Vietnam yet. 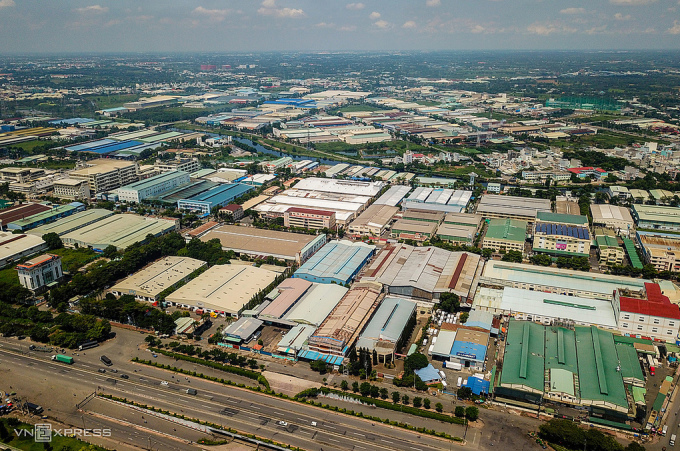 The market is forecasted to have more positive changes when the epidemic is under control, and Ho Chi Minh City and neighboring industrial capitals reopen in a new normal.

Although the social distance for the past several months has raised concerns in the foreign business community, Vietnam is still considered to have advantages in terms of human resources, diverse free trade agreements and commitments. government in infrastructure development. If the epidemic is soon controlled, Vietnam still has many opportunities to benefit from changes in the global supply chain.

According to JLL, the condition for the recovery of the industrial real estate market is that the southern provinces need to soon reopen in a new normal state in a synchronous manner, to strengthen investors' confidence. In addition, reopening procedures should be specifically guided for businesses so that the recovery strategy can be effectively implemented after the time of fighting the pandemic.