A survey just conducted by Vhome - a real estate data channel developed by VnExpress shows that satellite urban real estate is the most attractive investment channel. More than 70.5% of the participating investors said that the reason they chose to invest in real estate in satellite areas was the low price ground, the investment rate suitable for their financial ability and good potential for price appreciation. . More than 11% of readers choose this area because of improved local infrastructure factors.

When investing in satellite towns, investors are most interested in the land plot segment, especially land for industrial zones and townhouses.

The newly released report of the Association of Brokers also said that in the third quarter, when the two central cities, Hanoi and Ho Chi Minh City, both recorded a sharp decrease in the number of projects, the new supply concentrated mainly in the urban areas. satellite market. Specifically, the Northern Midlands region recorded about 7,115 housing products being offered for sale on the market. In the Southeast region, Binh Duong accounts for 25% of the supply with 887 units, followed by Dong Nai with 7% and Long An with 4%. 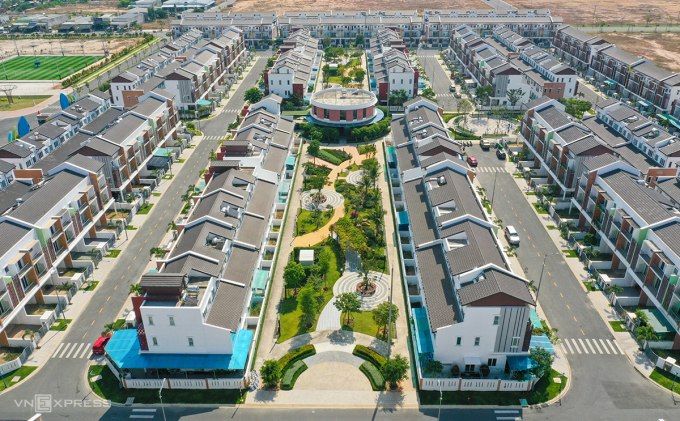 Regarding the selling price, in some localities such as Bac Giang , land plot prices still increased by 5-7%. The upward trend in real estate prices also occurs in the satellite area of ​​Ho Chi Minh City. In which, the central area in Binh Duong and Ba Ria - Vung Tau increased the most with 7%, followed by Long An with a price increase of about 3%.

The bright prospect of this suburban market is also forecasted to remain in the fourth quarter, along with provinces such as Quang Ninh, Hai Phong, Thanh Hoa, Binh Thuan, Long An, and Phu Quoc.

In recent years, while central cities such as Hanoi and Ho Chi Minh City have increasingly scarce land funds, high prices and infrastructure pressure, real estate in many provinces and satellite cities has emerged. become an attractive channel for investors. The trend of moving to regions, provinces, and satellites in the past time has been stirred by real estate giants with plans to explore new lands. In which, many provinces bordering Hanoi and Ho Chi Minh City such as Hoa Binh, Bac Giang, Bac Ninh, Binh Duong, Dong Nai, Long An... have become exciting destinations for investors with large-scale projects. large in all segments.

Sharing in a talkshow on VnExpress , Assoc. Nguyen Minh Hoa - former Dean of the Faculty of Urbanism, University of Social Sciences and Humanities, Ho Chi Minh City, said that, not only in Vietnam but around the world, the land fund in the inner cities of big cities is increasingly limited. investors are forced to develop large projects out according to the "oil slick" rule. This is the inevitable trend.

So how is the picture of the trend of shifting to satellite regions going? Where are the potential markets, there is still room for development? What should investors pay attention to when choosing investment markets and segments? These are the questions that will be discussed by experts in the seminar "Getting the pulse of satellite urban real estate".

This is one of the activities within the framework of Vhome Expo - an online real estate fair held periodically and lasts for 15 days. The first program was held on October 12 on Vhome . To receive information about projects and offers, readers can leave information here .